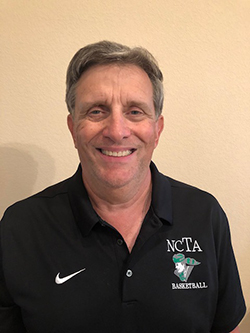 Coach Bruce Ray has been involved in basketball at a variety of levels for over 30 years. Coach Ray’s high school teams have won championships and been ranked in the top ten nationally. He has had extensive coaching experience in the Air Force with base teams and is proud to count eight former summer league players currently on college rosters.

Bruce graduated from Texas Tech University with a degree in Telecommunications.  After an eleven-year career as an Air Force fighter pilot, he returned to Texas and currently is employed by American Airlines as an International pilot. Before moving into high school coaching, he spent fifteen years as a high school and college basketball referee.