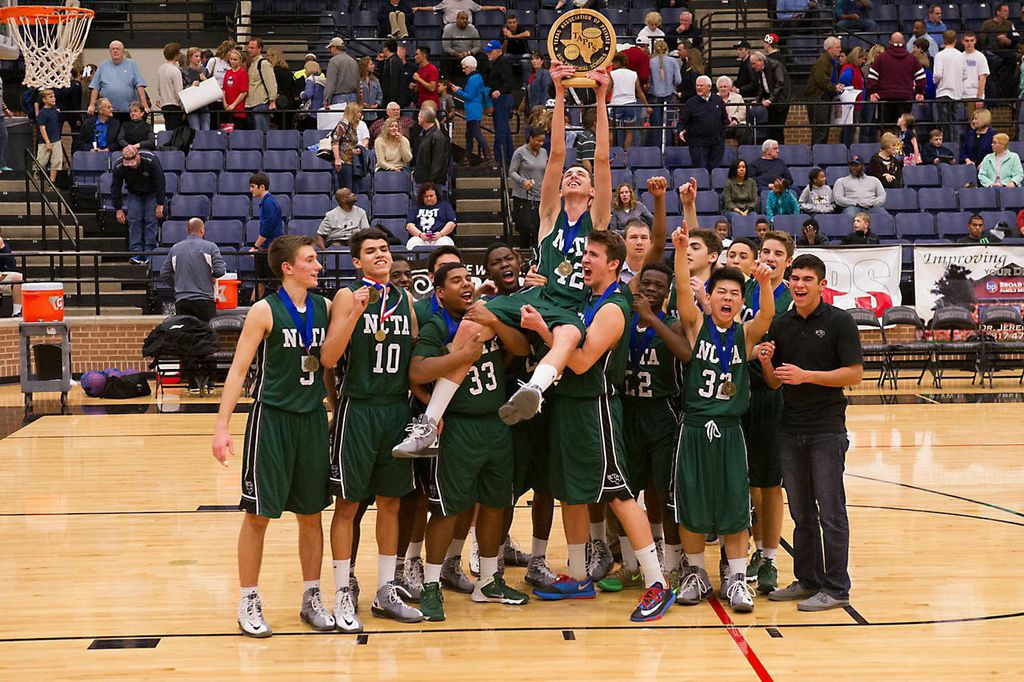 When both the Pioneer boys and girls basketball teams won their TAPPS 1-A State Championships in 2014-the first for the boys and fourth in a row for the girls-we didn’t think anything could top that. But we were wrong!

The Lady Pioneers continued their incredible dominance on the court with a handy win to clinch their 5th straight Championship in 2015. “Competing for the championship is the reward for working hard all season,” said player Cinthya. “Coaches, athletes, parents, family, and everyone involved in the team sacrificed something to make it happen.”

The Pioneer boys showed their spirit by making two 3-point baskets with only 38 seconds to go, sending their final 2015 game into overtime before winning their 2nd Championship in a row. Swan, one of the newer players on the team, said, “I love the feeling when you win a close game. If you have goals, you have to play hard.”

With more than half of the team graduating in 2015, the 2016 basketball season was an unknown.  But Pioneer basketball has a tradition of hard work and winning, so the new squad began to prepare.  It became apparent very soon that both teams were going to set their sites high once again.  At the 2016 TAPPS State Tournament, both the boys and girls won yet again, making 6 straight championships for the girls and a 3-peat for the boys.   The boys team went on to win TAPPS State Championships in 2017 and 2018, bringing their streak to 5 in a row!

These amazing winning streaks shows the great depth of talent in Pioneer basketball. It also shows how the support of NCTA’s donors gives our students opportunities to excel in every way!

With nothing else to win in TAPPS, NCTA basketball moved to TCAL in 2019.  Stay tuned for updates on Pioneer basketball!